Tyler Alexander: A Life And Times With McLaren 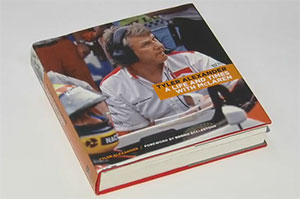 If you’re a follower of Formula 1 racing or just high performance cars, you may think you know everything there is to know about team McLaren. Chances are, you don’t.

But there’s no better place to get the full story than directly from someone who was there from the beginning. Tyler Alexander.

Released just prior to his death unfortunate passing, this autobiography, “Tyler Alexander: a life and times with McLaren,” gives you the full story how a Massachusetts born lad became an integral part of the British racing team for 46 years.

With a year by year account of both their trials and great victories, including McLaren’s most recent Formula 1 championship with Lewis Hamilton in 2008. It’s one high performance MUST READ that flies by at full speed.