Every major Auto Show has its fair share of exclusive unveils that score headlines and dazzle the automotive world. But there’s one achievement few brands can claim, and that’s the 2013 World Car Award.

Providing universal input, sixty-six journalists from around the world deliberated on this year’s best models. Nominees had to compete in major markets, and the vehicles must be on sale now or in the very near future. 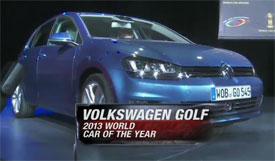 Announced at the New York International Auto Show, 2013’s World Car of the Year was the Volkswagen Golf, making it the fourth time VW has taken this honor.

The World Performance Car Award was given to the Porsche Boxster/Cayman duo. This makes two consecutive for the German automaker, and three wins since the awards began.

A fresh face, the Jaguar F-Type, took World Car Design of the Year, and the Tesla Model S capped things off by taking home the World Green Car Award.

And if you just happen to be in the market for a green car, the U.S. Department of Energy has unveiled the “My Plug-in Hybrid Calculator” on their popular fuel economy.gov website 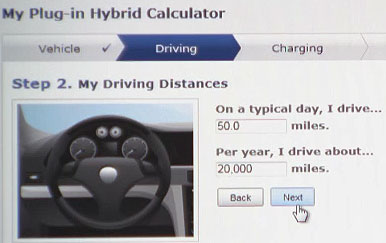 The new feature allows prospective hybrid buyers to view their estimated weekly, monthly, and annual fuel and electricity costs. As well as total consumption and distances travelled on each source. All you have to do is pick your hybrid, proved details of your commuting habits along with local gas and electricity rates, and the system crunches the numbers for you. It even tells you how many trips to the gas station you can expect.

And who knows? It could be a major factor for folks looking to plug-in, and further increase competition within the market’s segment. And that’s it for this week’s Motor News.