This time of year it’s darn cold in the Windy City. So, what better place to find the heat than at the 2015 Chicago Auto Show! So let’s check in with Yolanda Vazquez for what’s new from Chi-town.

YOLANDA VAZQUEZ: “The auto show circuit blows into Chicago and brings with it a bevy of new sport utilities and crossovers, and a fresh twist for a few familiar cars.”

Leading off the big truck parade at the 2015 Chicago Auto Show is the Ram Laramie Limited. Ram’s luxury leader is super-sized and super shiny from its unique grille back to its chrome-laden tailgate. 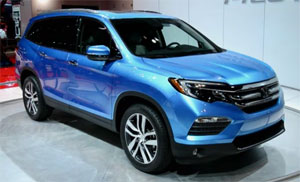 Honda also gave us a quick peak at their next Ridgeline pickup. Is that a double door tailgate we see? 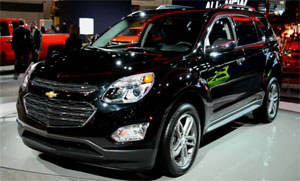 The already popular Chevrolet Equinox crossover should be more so now, thanks to a refresh. A new front end adds projector headlights, while a tweaked interior has standard Bluetooth and a backup camera.

This big boy is the Mitsubishi GC Plug In Hybrid Concept. Hulky and powerful, it says a lot about their future styling direction, and may foretell a return of the Montero SUV.

This Kia Trailster Concept transforms the Soul from cute ute to cute brute by adding AWD via an electric motor at the rear, not to mention more ground clearance.

The best-selling, made-in-Chicago, Explorer based Ford Police Interceptor Utility reports for duty. Innovations include a surveillance mode that detects items and people approaching from the rear.

On the car side, Toyota’s flagship Avalon sedan is adding a touch of exterior aggression for 2016 with a large mouth grille and LED running lamps. Inside you’ll find loads of new safety and connectivity features. 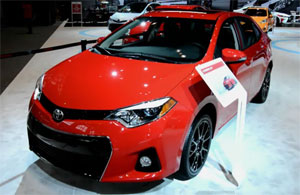 Also bowing at Chicago are limited-production versions of the Toyota Camry, with special seats, wheels and instruments, and the Corolla, which adds a few mechanical tweaks such as paddle shifters, rear disc brakes and a sport driving mode.

And, finally, Nissan has extended its NISMO street racer treatment to the 370Z Roadster.

“The NISMO is just a “performance study” for now, but production intent is obvious from every swoopy angle. And that’s it from the Windy city, and this week’s MotorNews!”