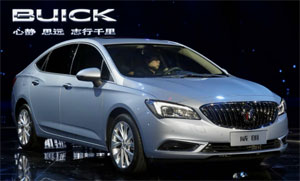 “China is by far the world’s largest car market. So to feed their growing automotive appetite, there were plenty of new faces at the 2015 Shanghai Motor Show.”

The Cadillac CT6 continues its debut with a plug-in hybrid rated at 335 horsepower with a 37 mile all-electric range. 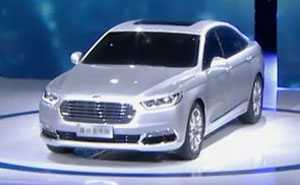 Ford brought a refreshed Ford Taurus, complete with a stretched wheelbase, in hopes of improving the brand’s premium status.

Mercedes-Benz hopped on the small crossover bandwagon with this Concept GLC Coupe, soon-to-be a rival to the BMW X4.

Volkswagen takes another shot at big luxury with the C Coupe GTE. This Plug-in Hybrid concept could lend its styling to a new CC.

Chevrolet showed off the FNR, an autonomous driving prototype meant to appeal to enthusiasts and hopeful time travelers.

Although we’d like to travel anytime in this Sport Series McLaren 540C Coupe. Or take the family along in Honda’s Concept D crossover; perhaps their future Chinese flagship.

“But, that’s the checkered flag for us and for this week’s MotorNews.”