“The Ford Mustang reached the half century mark well ahead of its long time Chevrolet Camaro. But, Camaro’s own 48 year history has spawned an equally avid cult following. And we were on hand on Detroit’s Belle Isle for the reveal of an all-new sixth generation. “ 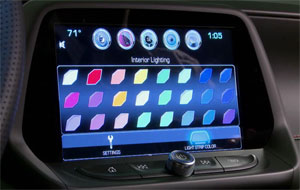 The 2016 Camaro, as you could probably guess, is the most advanced Camaro yet. Trick features like configurable interior lighting, and reworked HVAC controls accompany real engineering improvements… For example, there’s a 200 pound weight reduction, and a new Drive Mode selector.

Three engine choices will be available, including, for the first time, a two liter 4-cylinder turbo. That base engine generates 275 horsepower, and is followed up by a new 335 horsepower 3.6 liter V6, and a 455 horsepower 6.2 liter V8.

Styling, too, has advanced, as this latest Camaro continues to evolve its classic exterior. But inside, things get a serious update, bringing interior quality to the forefront. 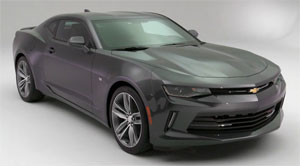 The progress, and evolution, was made even more apparent at the reveal-- thanks to the longtime Camaro owners- who brought with them examples from every Camaro generation, from 1967 to the present.

“We’ll have a lot more on the 2016 Chevrolet Camaro before its arrival in late fall. But for now, that’s it for this week’s Motor News.”