The bi-annual Paris motor show is always a premier automotive event. And Yolanda Vazquez illuminates us on all that’s new from the city of light.

YOLANDA VAZQUEZ: While international auto shows may not have the glitz and glamour they once did, there was plenty of electricity in the air… and on the stages… of the 2016 Paris Motor Show. 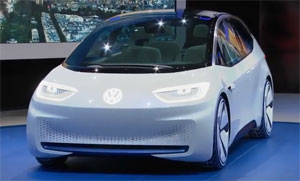 One of the most anticipated debuts was the Volkswagen I.D. electric car concept, built on a new Modular Electric Drive platform. VW claims a range of 373 miles per charge.

Mercedes Benz also plugged in with Generation EQ.  This crossover concept launches their upcoming EV-only sub-brand…  much closer to reality is this Mercedes-AMG GT Roadster, available in both 469 and 550-horsepower versions.

BMW was also thinking electric, with a new i3, packing an upgraded battery that increases range to 186 miles… but looks to make an even bigger impact in the sport-luxury subcompact crossover market with rides like this Concept X2.

Audi continued the crossover theme with a new 2nd generation Q5…  and also showed new A5 and S5 Sportbacks that we’ll finally be able to get stateside…though we’d much rather unleash the 400 ponies under the hood of this first-ever RS 3. 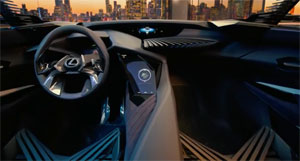 Luxury-rival Lexus is preparing to boldly take premium crossovers where they’ve never been before with this UX Concept.

Honda had speed in its sights with this Civic Type R Prototype.

Over at Hyundai, it was all about speed; with this RN30 Concept.....though they didn’t forget practicality, showing a new i30 hatchback.

British-carmaker Land Rover hopes to capitalize on their recent success, with this all-new 5th generation Discovery. 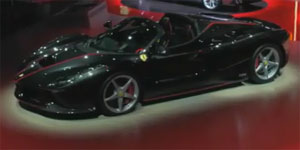 Ferrari is certainly no stranger to power, and in this new GTC4 Lusso T, it comes from a 3.9-liter turbocharged V8… and you’ll be lucky indeed to catch sight of one of only “200” LaFerrari Apertas, since they’re already sold out.

And that’s it’s from the City of Lights for this week’s Motor News.