Internal combustion engines still rule the road, but at the 2017 Frankfurt Motor Show, electrics are getting ready for a more commanding role.

The show’s star was the Mercedes-AMG Project ONE. This plug-in hybrid Hyper-Car concept combines a racing V6 with no less than 4 electric motors for over 1,000 horsepower.

More practical is the Mercedes-Benz Concept EQA. A second member for their upcoming EQ electric sub-brand.

Or how about this Mercedes-Benz GLC F-CELL with ultra-compact hydrogen fuel-cell and battery technology.

Frankfurt was the world premiere for the BMW i Vision Dynamics. This four-door Gran Coupe, aimed at Tesla--has a 373-mile all-electric range. 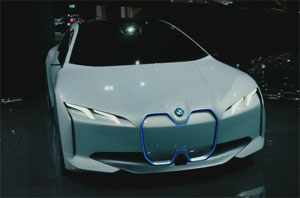 For SUV fans, check out the BMW Concept X7 iPerformance. A three-row plug-in hybrid that seats 6 in high-tech luxury.

Volkswagen I.D. electric sub-brand with include the I.D CROZZ crossover for 2020. Followed by the sure-to-be iconic I.D. Buzz microvan in 2022.

Audi is predicting electric autonomous driving with the Audi Aicon. Using artificial intelligence, but no steering wheel or pedals, it has the ability to drive itself nearly 500 miles on a single charge. 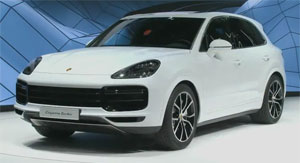 Porsche's 2019 Cayenne was unveiled just before the show, but a surprise Turbo version rolled onto the Frankfurt stage with 550-HP and a 0-60 of 3.7 seconds.

Not to be left out, Asian brands made Frankfurt news as well. Honda’s with its cute and tiny Urban EV Concept, and Toyota, with a hybrid concept of the C-HR crossover.

So clearly the way in which we drive is getting “amped up” in the not so distant future. And that’s it for this week’s Motor News.