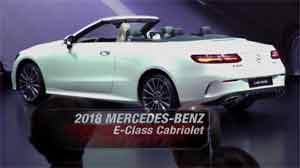 : The Geneva International Motor Show has been called the “cat walk of the auto industry”.  The title is quite apropos considering European car makers certainly strutted their stuff this year.

Starting with the Germans-- as Mercedes-Benz premiered the AMG GT Concept, a hybrid four-door performance coupe.  While this new Cabriolet completes the E-Class….

BMW adds a Touring wagon to the 5 series.

The Italians added muscle to Geneva with the 640 horsepower V-10 Lamborghini Huracán Performante. 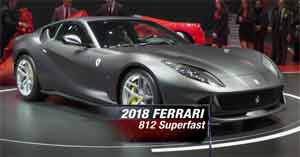 Ferrari debuted its most powerful production car ever… the 788-horsepower V-12 Ferrari 812 Superfast.

This McLaren 720S starts the second-generation of their Super Series.

While Audi’s contribution to speed is the third-generation Audi RS 5 DTM.  This race version is packed with a 500 horsepower V-8. The 400 horsepower Audi RS 3 Sportback also shared the spotlight.

An even more futuristic idea came from Italdesign and aircraft builder Airbus. Their Pop.Up pod can travel by ground OR air. 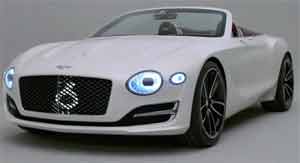 Jaguar’s I-PACE Concept made its European motor show debut in a new color… Photon Red. And, the mid-size, ultra-modern Range Rover Velar arrived in Geneva fresh off its London premiere.

American buyers will be most interested in Volvo’s all-new XC60 middle-weight crossover.

Not to be left out, Asian carmakers were represented with the long rumored, 306 horsepower Honda Civic Type R…, and an all-new Subaru XV, our Crosstrek.

And that’s all the automotive highlights from the Swiss City of Geneva, and this week’s Motor News.