The bi-annual Tokyo Motor Show is best known for its sometimes wild and creative concept cars, and this year was no exception. 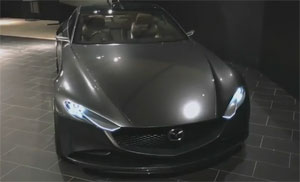 Parent company Toyota revealed the Fine-Comfort Ride concept. This fuel cell vehicle gets its electric power from hydrogen for a range of 621 miles.

Toyota expanded its hybrid prowess by thinking really big with the Tj CRUISER. This extra-boxy SUV is powered by a 2.0-liter engine hybrid system. 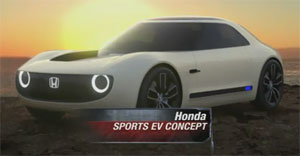 Hybrid power is also under the hood of Toyota’s GR HV SPORTS concept. With GAZOO Racing influences, the targa top has the hybrid battery mounted near the vehicle center for improve handling.

Honda unveiled this Sports EV Concept. It combines pure electric performance and artificial intelligence, similar to the Urban EV Concept we saw at Frankfurt. But, now with a body that signals a more sports car like driving experience.

The performance theme continued with the Nissan LEAF NISMO concept. 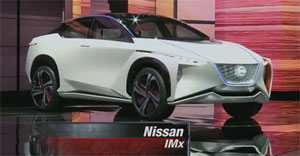 The manufacturer also unveiled the IMx concept. This all-electric crossover claims a driving range of more than 372 miles. There is a steering wheel, but it slides inside the dash for full autonomous driving.

And it’s only a matter of time before we see which of these ideas actually make it to the road. And that’s it for this week’s Motor News.