The Chicago Auto Show is the largest car show in America. Not only in floor space, but also because the attendees actually buy cars. And for its 110th edition, there were plenty of them to choose from.

Toyota unveiled the next generation TRD Pro lineup. For 2019, the Tundra, 4Runner and Tacoma all get the lifted off-road treatment, with Fox Internal Bypass Shocks, TRD Springs, and knobby tires. 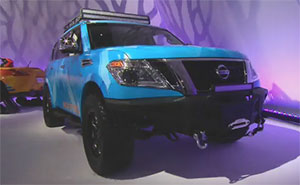 Volkswagen’s flagship Arteon made its North American debut. With a 268-horsepower turbo I-4, this mid-size 5-door sedan replaces the CC and slides into the line-up above the Passat. 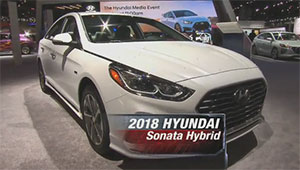 Hyundai showed the revised Hybrid version of the 2018 Sonata sedan. The Plug-in Hybrid model can get up to 27 electric miles. The brand also announced they will compete in the 2018 Pirelli World Challenge with two Hyundai i30 N TCR racecars.