The Geneva International Motor Show is known for its cool concepts and premium priced cars. And, this year both made for a lot of “electricity.”

The production version of the all-electric Jaguar I-PACE made its show debut. This Tesla-fighting SUV arrives here later this year. 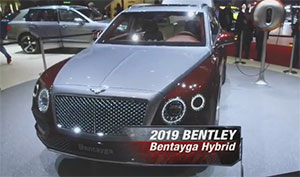 Bentley’s first step towards electrification is the Bentayga plug-in hybrid.

Audi’s camouflaged all-electric e-tron prototype SUV could launch in Europe this year. They also showed their new A6 midsize sedan. 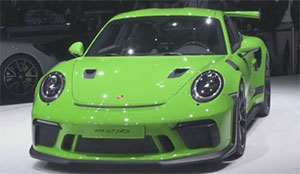 Mercedes-Benz is adding the four door Mercedes-AMG GT Coupe to the line-up. Along with a more outrageous 585-hp Mercedes-AMG G 63.

The lighter and longer BMW X4 bowed in Geneva, along with the BMW Concept M8 Gran Coupe. 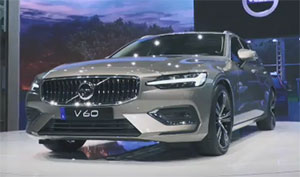 The tiny Lexus UX is the brand’s smallest luxury crossover yet.

While parent Toyota confirmed the Supra’s return with this GR Supra Racing Concept. 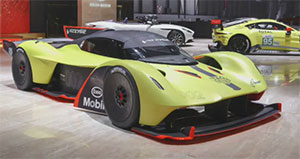 The track focused Aston Martin Valkyrie AMR Pro hypercar made its world debut, along with the Lagonda Vision Concept and the new Aston Martin Vantage.

Bugatti made the Chiron Sport lighter and faster.

Italian flair came with the Ferrari 488 Pista, while rival Lamborghini dropped the top on the Huracán Performante Spyder.

And those are Geneva’s automotive highlights for this week’s Motor News.