This time we head to the Big Apple, where we pick the best at the 2018 New York International Auto show. The cold winter hung on outside the Javits Center, but inside, the air was hot with news. 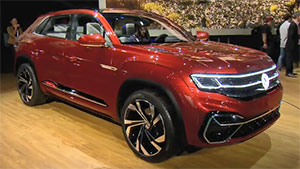 Some of the hottest headlines coming from Volkswagen and its Atlas Tanoak (Tan-Oak) pickup concept. This mid-sizer shares its chassis with the Chattanooga-made Atlas SUV, but it’s longer and sits higher.

As for SUVs, this near production-ready Atlas Cross Sport concept has the same wheelbase as the 3-row Atlas, but is 7.5 inches shorter. On the car side, VW is giving the Arteon (Art-e-On)the sporty R-Line treatment. 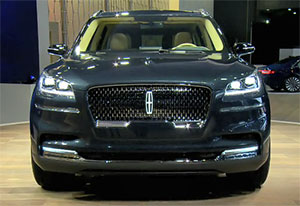 Rival Cadillac is adding a dose of richness to the compact SUV market with the all-new XT4.  All while muscling up their flagship sedan with a twin turbo V8 in the CT6 V-sport.

Total practicality is Subaru’s all-new Forester SUV. Familiar and friendly, it grows inside while adding tech to spot distracted drivers.

It will battle Toyota’s all-new RAV4. With a new chassis and look, this top seller is lower and wider.

Meanwhile, the leftover Scion iM is being replaced by the new Toyota Corolla Hatchback. 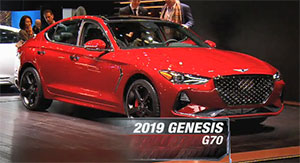 At the other end of the car scale is this wild Essentia EV concept from Hyundai’s Genesis brand. The Korean car company also made official the mid-size G70 sedan. It shares its platform with the Kia Stinger.

The Audi RS 5 Sportback took a mighty bow.  The five-door coupe roared into New York with a 444 horsepower bi-turbo V6.

Making scenery pass by quicker is this Jaguar F-PACE SVR. Their fastest and most powerful SUV gets a 550 hp 5.0-liter supercharged V8. 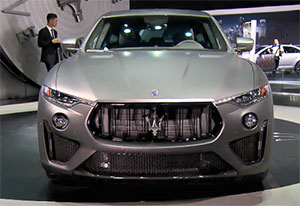 One of the most powerful engines ever fitted in a Maserati goes to the Levante Trofeo. 590 horses charge from the 3.8-litre Twin Turbo V8.

The Acura RDX gets the most extensive redesign in more than a decade, along with a first time A-Spec sport appearance package.

Well, what can I say? It was another auto show extravaganza in the city that never sleeps! And that’s it for this week’s motor news.