While more than a few brands skipped the bi-annual Paris Motor Show this year, there was still plenty of high fashion to steal the spotlight. 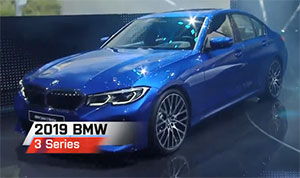 Clearly the single most important car making its formal debut at the 2018 Paris Motor Show is the all-new BMW 3 Series. The seventh generation of the iconic sport sedan is more powerful, but likely without a manual transmission here on this side of the pond.

Mercedes-Benz made big news with the small A-Class sedan. All new and due here shortly, the debut included a 306-horsepower Mercedes-AMG A 35 4MATIC.

And, the all-electric EQC, the first model under their new electric brand… promising a 279-mile range. 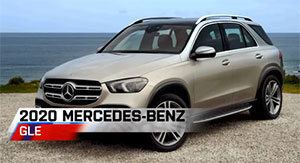 Audi showing their first production full EV, the e-tron.  This mid-size SUV has two electric motors, one on each axle.

The refreshed Porsche Macan (Mah-Canne) made its European debut.

And to celebrate 70 years of Porsche, a limited number of the 911 Speedster will be built starting next year. 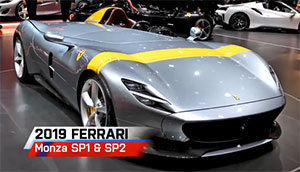 Italian flare arrived in the limited production Ferrari Monza SP1 and SP2.  Both with Ferrari’s most powerful naturally-aspirated V12 at 800 hp. But, its buyer’s choice, one seat or two.

The Kia e-Niro made its European debut.  The Korean company’s first fully electric utility can travel to 301 miles on a single charge.

But perhaps the most anticipated reveals came from Vinfast, the first Vietnamese car brand. Even more novel is that both their LUX A2.0 sedan, and LUX SA2.0 SUV are based on last generation BMW chassis and powertrains.

And that’s it for the newest in automotive fashion from the City of Light, and for this week’s Motor News.