The Geneva International Motor Show is always a glitzy affair. This year supercar styling joined the forecast of an electric future.

The smooth looking Audi Q4 e-tron compact EV SUV has a 280-mile-plus range. Due out in two years, it shared the spotlight with several plug-in hybrids.

Volvo’s compact EV Polestar 2 appeared in Geneva after an online reveal the week before.

BMW’s updated 7 Series flagship made its first public showing, along with plug-in hybrid variants of the 7 Series, X5 and 3 Series.

This cute Honda e uses an electric motor to drive the rear wheels for 124 miles.

Jeep is charged up with plug-in hybrid versions of the Renegade and Compass. 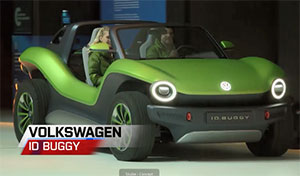 Volkswagen’s ID BUGGY is set for 155-miles of dune hopping.

‘Imagine by Kia’ is their first all-electric four-door performance coupe.

And speaking of performance, this new-gen Porsche 911 Cabriolet headlined a dynamic trio that included the Porsche 718 T and the Macan S.

Bentley is celebrating 100-years with a racing heritage inspired Continental GT Number 9 Edition… a convertible… and the Bentayga Speed. 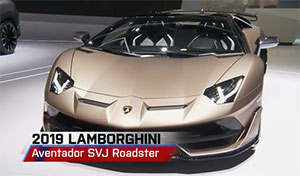 Bugatti pushed the limits with this one of a kind “La Voiture Noire“.

The new Mazda CX-30 compact crossover slides in between the CX-3 and CX-5.

While the VIZIV Adrenaline foretells a new “BOLDER” theme at Subaru.

And so goes the highlights from Geneva, and this week’s Motor News.