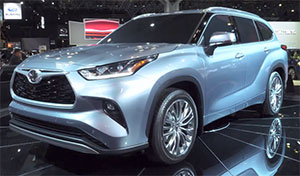 New York is the first public showing for the redesigned Ford Escape. Looking more civilized, power includes the first I3 with cylinder deactivation, and a hybrid.

Much more dynamic is its stable mate the new Lincoln Corsair. Replacing the MKC, while compact, it includes most of the interior refinement of the full-size Navigator. 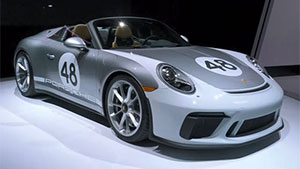 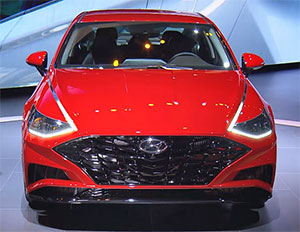 New York City has a Lux factor all its own, and auto makers exhibited plenty of prestige.

Cadillac brought the new CT5 luxury-sport sedan, replacing both the ATS and CTS.

An updated Jaguar XE sedan made its New York debut as well.

Just like the NSX supercar, the very limited run Acura TLX and MDX PMC Editions will be hand assembled at Honda’s Performance Manufacturing Center in Ohio. 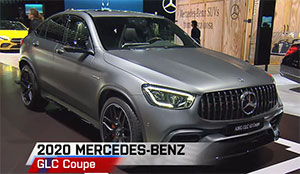 Along with the Mercedes-AMG GLC 63 4MATIC+ in both SUV and Coupe forms…its 302 AMG horsepower for the CLA…and A-class four-doors.

A new EV contender is the Qiantu K50 by Mullen. This electric sports car looks production ready with 402-horsepower and 230-mile range. 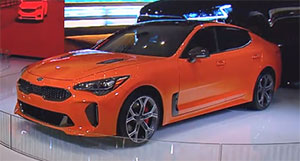 Kia spiced things up with the HabaNiro concept, an all-electric, autonomous, 4-seater with butterfly-wing doors.

While the Korean brand hopes to entice more driving enthusiasts with the Stinger GTS.

The 2020 Nissan 370Z, and GT-R 50th Anniversary Editions celebrate a half a century since the Datsun 240Z made its U.S. debut in New York. 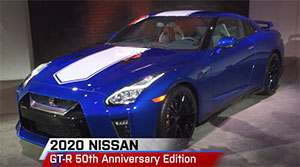 While the 2020 Nissan GT-R NISMO will be their most powerful production GT-R ever.

The Mazda CX-5 will finally be available here with a Skyactiv-D diesel option.

And that’s it from the Big Apple and this week’s Motor News.