The 2021 Munich Auto Show, IAA mobility, for decades hosted in Frankfurt, is Europe's largest auto show and German automakers made sure to turn out on their home turf. 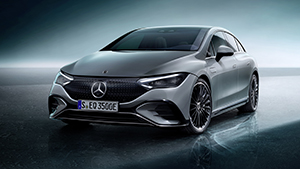 Mercedes-Benz unveiling a number of vehicles under its electric sub-brand, EQ.

Like the 2023 EQE 350. The mass production sedan is comparable to the e-class in size. Inside, a “hyperscreen” transforms the entire instrument panel into a single widescreen. The Mercedes-Maybach EQS concept is Mercedes' largest electric SUV yet. It highlights the transformation of the tradition-rich luxury brand into a more progressive, all-electric future. The Mercedes-Benz EQG Concept gives us a preview of an electric G-Wagen. The concept combines the unmistakable look of the G-Class with design elements of all-electric Mercedes models.

In keeping with the times, electrification reigned supreme among other automakers too.

BMW actually taking it a step further and looking ahead to their vision of a BMW in 2040 and presenting the i Vision Circular, a 100% recyclable car. 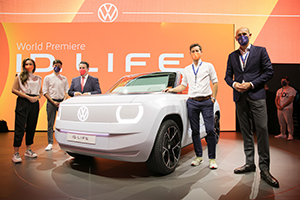 Volkswagen unveiling their ID. LIFE concept, a mini-suv with an all electric powertrain.

Audi showcasing their grandsphere, an electric luxury sedan. This is the second of their three concepts, which showcase the brand’s future styling direction.

It was just a series of renderings last year, but MINI brought their Vision Urbanaut to life for the show. At 175.6-inches long, this could easily be the largest MINI ever. While the Vision Urbanaut won’t go into production, we can expect to see design cues from it across the next decade.

And we got a look at the all-electric future of Porsche’s customer racing vehicles with the Mission R. In race mode, Porsche says it can deliver a consistent 671-horsepower, but in qualifying mode, the motors churn out an impressive 1073-horsepower. Right now, the Mission R is just a running prototype, but the company says more development is needed and we could see production somewhere down the line.

That does it from “Das” Munich Auto Show…and this week’s Motor News!