Car show season is off and running as we head to the Chicago Auto Show, back in its February timeslot, showing off the industry’s latest! 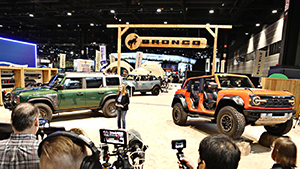 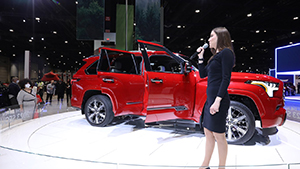 Nissan debuting a trio of concepts for the new Frontier. While they’re all based on the 2022 Crew Cab body style, the Project 72X, Project Hardbody, and Project Adventure are all designed to encourage buyers to personalize their Frontiers.

Toyota brought the full-size 2023 Sequoia for its first public showing. The automaker’s largest 7 & 8-passenger SUV is set to hit dealers this summer. Toyota’s Tundra Capstone Hybrid was also on display, along with their all-new, all-electric SUV: the bZ4X.

A whirlwind of a show in the Windy City, and that does it for this week’s Motor News!