What if the technology aimed at making driving safer, is actually doing more harm than good? It’s a question the Triple A Motor Club looked into with surprising results. 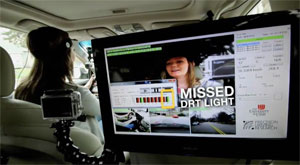 In both simulated… and real world situations, drivers were monitored for levels of alertness and mental focus, as well as physical distraction and the ability to keep their eyes on the road. The participants used hands-free, voice-activated technologies such as Apple’s Siri to control in-car infotainment systems like MyFord Touch and Chevy’s MyLink.

While some work better than others, the overall conclusion was that voice prompts introduce more elements of distraction than they eliminate. Tasks like composing email or changing the radio through voice commands allowed drivers to be physically unencumbered, but mentally they zoned out and were not able to register what they were seeing on the road ahead. This lack of focus led to traffic violations and accidents.

Instances where commands were misinterpreted or had to be repeated- multiplied the levels of distraction. AAA is urging manufacturers to improve their voice recognition systems so they will be less of a distraction to use. 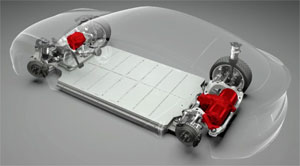 The company will now add an all-wheel drive Model D, for “dual motor”. This will augment the rear motor, rear drive Model S with a second motor that drives the front axle. The top level P85D sees a horsepower bump to almost 700, for a supercar 0-60 time of just 3.2 seconds.

Lower output versions of the all-wheel drive EV will debut as the 60D and 85D. But even on these vehicles, the range will increase over the rear wheel drive only Model S.

Tesla says the new cars will also include their first step towards automated driving. And, that’s it for this week’s MotorNews.