As vehicles are becoming more automated, there appears to be a lot of confusion about what they can and cannot do. The Insurance Institute for Highway Safety looked at how drivers perceive current semi-autonomous driving aids. 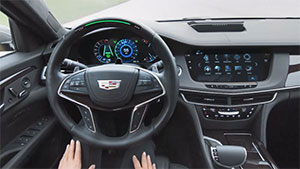 IIHS found the system “names” easily mislead drivers into thinking they no longer have to pay attention to the road.

Today, autonomous driving is at Level 1 or 2 out of 5. So systems can perform one or more driving tasks under supervision of the driver. Taking hands off the steering wheel and talking on a cell phone were the top two things those asked said they thought they could do while a Level 2 system was operating. Most alarming, depending on the system’s name, between 3 and 6 percent of those asked thought they could take a nap while using a semi-autonomous system.

Another IIHS study found many drivers are not aware of when the systems are not operating… like during lane centering. Researchers say drivers badly need more hands-on training.

When it comes to new car satisfaction, automakers are making their customers happier than ever. A J.D. Power study finds the appeal of new vehicles is up for the 5-th year in a row. 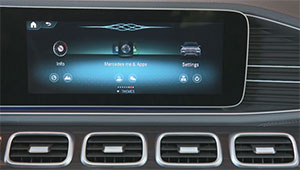 Among all cars, the Audi A7 scored the highest. Porsche was the top overall brand, Ram tops the list among mass market brands, and Ford won the most vehicle segments.

One reason this is important is that Americans are holding on to what they drive longer than ever, now an average of 11.8 years. Research by IHS Market Ltd points to two reasons: better technology and improving vehicle quality. They say Montana drivers own the oldest light duty vehicles… 16-and-a-half-years on average… while owners in Vermont trade-in the quickest… right around 10-years.

Maybe it’s all the road salt they use in winter. And that does it for this week’s Motor News.