There are many facets in the debate about autonomous vehicles… from safety… to liability.  The effort to set up industry guidelines is growing. Volkswagen Group of America has joined The Automated Vehicle Safety Consortium. The consortium is made up of automakers and technology companies. 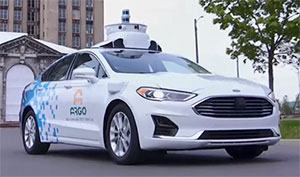 They’re working to develop safety standards for testing and using vehicles that can ultimately drive themselves on public roads. The group is affiliated with the Society of Automotive Engineers which has previously set standard for levels of autonomous driving technology.

The consortium formed less than a year ago… and includes Daimler, Ford, General Motors, Honda, Toyota, Uber and Lyft.

If you spend any time driving in a city you’re familiar with traffic jams. Volkswagen is working on a way around that… literally.

Using 9-public transit buses in Lisbon, Portugal, they demonstrated mass navigation technology to route fleets of vehicles through traffic. This is different from individual navigation systems we have now that often send a lot of traffic on the same route creating another back-up. VW’s system can come up with different routes for multiple vehicles. They hope it can be configured for any fleet in any city. 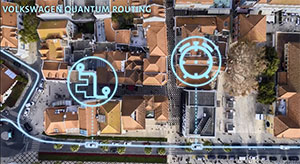 There’s more evidence electric vehicles will be taking up more space on the road. General Motors has announced a joint venture with Korean chemical company LG Chem, to build a new battery plant.  It will be located in the Lordstown, Ohio area. Groundbreaking is expected this year.

Ford is planning a new operation in Dearborn to assemble battery packs for the F-150 hybrid and all-electric F-150.