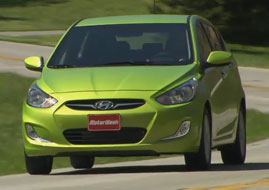 The weather may be getting cooler, but Hyundai is certainly feeling the heat after revealing that fuel economy estimates on a number of its top sellers may have been a little too lofty...The news, which affects almost one million vehicles of Hyundai and sister division Kia, for model years 2011 to 2013, came after the U.S. Environmental Protection Agency was not able to validate the company’s fuel economy data.

Hyundai says the “mistakes” occurred during what is called the “coastdown” phase of emission and fuel economy testing, in which aerodynamics, tire resistance, and internal power losses due to friction are measured through a dynamometer. These figures heavily influence Fuel Economy ratings, so accuracy is a top priority.

Affected vehicles include the majority of 2012 and 2013 models; everything from the Accent and Azera, to the Santa Fe and Veloster. Kia models include Soul, Sorento, and Sportage. Most will see a one to two MPG drop, in both city and highway numbers, after the adjustment. Hyundai has apologized and already re-labeled cars at dealers with the revised ratings. A reimbursement plan for affected owners is also underway that could cost the company over $100 million--along with their reputation... 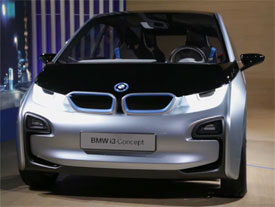 From issues at the pump, to foregoing gasoline completely, we turn to BMW’s i electric fleet, where Motorweek was given a sneak peek recently in New York City...BMW’s i8, the svelte plug-in hybrid sport coupe teased at auto shows in 2009, has gained an equally stylish companion in 2012, the i3 sport sedan. This compact boasts BMW’s first all-electric powertrain, with a factory estimated range of 80-100 miles and 170 horsepower.

A high strength carbon fiber passenger compartment and lightweight aluminum drive module--brings the i3 in at just under 2,800 lbs---allowing for both maximum efficiency and BMW style performance. While details are still pending, it looks like BMW’s new “i” brand is charging up the “ultimate driving machines” of the future.