As the Bronco turns 55, Ford celebrates with a gift to fans. 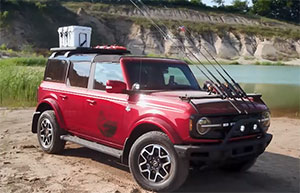 And now we have a look at five new adventure concepts. These accessorized and personalized “built wild” Broncos highlight the love of outdoors, with models ready to pull up to the local fishing hole, complete with front-end rod holders…

Or try out that new trail with tube doors, a warn winch, and of course, a roof rack. These are just a few of the hundreds of accessory options available.

These outdoor adventure playgrounds will be available to new buyers as a place to get wild and rugged with their Broncos. 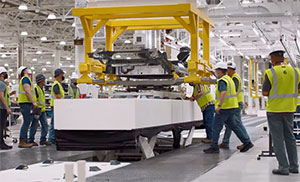 A progress report and new video from inside the Rivian EV factory. This was once a Mitsubishi plant in Normal, Illinois…and now, it’s being transformed for Rivian’s coming E-V pickup.

Rivian’s CEO says they still need to build the body manufacturing line, which is expected to be done this fall.

The general assembly line also needs to be built, and they’ll be installing 500 robots. In the video, we also got a peek at some interesting parts of production, like the drivetrain for the R-1-T.

Like most automakers, Rivian has had to adjust their vehicle delivery timeline, but say they feel confident that they’ll be able to get vehicles to customers by June 2021. 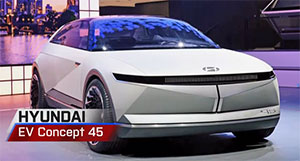 Hyundai is breaking out it’s Ioniq name into a sub-brand for its electric vehicles. The automaker said it plans to introduce 3 EVs under the Ioniq name in the next 4 years.

And that wraps things up for this week’s Motor News!