The Chicago Auto Show is not only the biggest car show in the country –space-wise--it’s also the show that has the highest attendance of people who actually buy cars…And this year’s show presented a plethora of new offerings…. 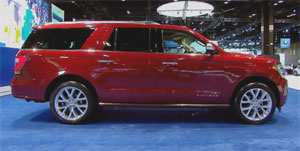 With a legacy of debuts at Chicago, Subaru updates its Legacy sedan with a wider-look front end, more agile handling and surer braking. Inside it’s now both Apple CarPlay and Android Auto capable.

This big SUV is the hot rod Dodge Durango SRT. Buyers get a 475 horsepower HEMI V8, plus a day at the Bob Bondurant (bon-doo-rahnt) School of High Performance Driving. 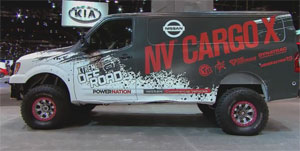 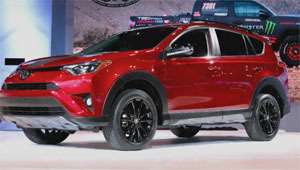 Toyota delivered a trio of news; an updated Tundra full-size pickup, a first time TRD performance option for the Sequoia SUV, and a raised and rugged Rav4 Adventure crossover.

Volkswagen’s 3-row new U.S-made Atlas crossover arrived all-accessorized out as this “Weekend Edition”. The roof-top cargo box mimics the VW Camper pop-up roof from back in the day.

And, that wraps up “what’s new” from the big auto show in the Windy City and this week’s Motor News.