Compression Ignition & Seatbelts in the Back 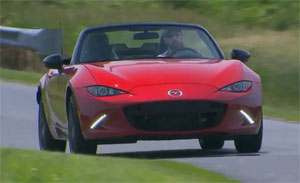 While most automakers are feverishly pursuing electric drive technologies…One manufacturer has announced what may be a breakthrough for traditional gasoline engines.

Mazda says they’re ready to mass produce a “gasoline” engine using compression ignition. Pure compression ignition does not need spark plugs. Instead, the piston compresses the fuel and air mixture until it heats up and ignites spontaneously. Diesel engines do it, but the technology has eluded engineers trying to bring it to gasoline engines. That is of course, until now. However, the new Mazda engine… called SKYACTIV-X… will still have spark plugs for some high stress conditions like –passing on the road. Mazda says their Spark Controlled Compression Ignition engine will deliver “diesel-like” economy and torque when it arrives for 2019.

You’re probably used to buckling up in the front seat… but in the back seat, maybe not so much. 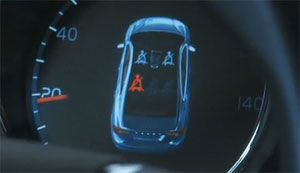 Well, a recent study by the Insurance Institute for Highway Safety shows only 72-percent of adults use seatbelts in the back, compared to 91% in the front. They’re most likely to be forgotten on short trips… and when using ride-hailing services. Experts agree an audible warning would help… but few vehicles have them. The IIHS also points out that buckling up in the back seat is the law in 29 states and the District of Columbia.