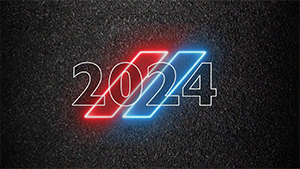 Dodge using this teaser video to announce they will launch an electric muscle car in 2024, under what they’ll call eMuscle. They haven’t given any other details yet, so we’re left wondering if this will be an electric version of the Charger, Challenger, or something entirely different, but the biggest question we have now is, what will an electric muscle car sound like? Guess we’ll have to wait and listen!

Over at General Motors, they are all charged up, confirming their third electric pickup truck. It’ll be a GMC full-size pick up, but the automaker stopped short of saying if it’ll be called “Sierra.” This follows the GMC Hummer EV, which is expected to begin deliveries later this year…and news of an electric Chevy Silverado. 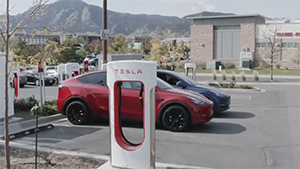 And all of these EV’s are going to need somewhere to charge, so it’s a good thing Tesla says they’ll be opening up their charging network to everyone. Tesla CEO Elon Musk tweeting that they plan to open their network of superchargers to other electric vehicles later this year. They have over 25,000 super-chargers around the world with about half in North America. It’s still not clear if other EV’s would need some kind of adapter to use the superchargers, since tesla has a proprietary plug.

And the 2021 Chicago auto show may have been delayed, but it still provided a few fresh looks. Like the updated 2022 Jeep Compass. 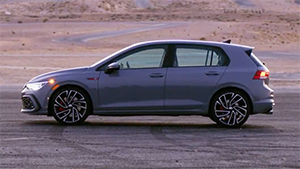 The exterior includes a new front facia, revised 7-slot grille, and new led lighting. The focus of the refresh, though, is inside. A new instrument panel is available with an optional 10 point one inch center touchscreen and heated and ventilated rear seats will be optional for the first time on Jeep Compass. And Volkswagen brought the new 2022 Golf GTI and R hatchbacks to the show. Both are slightly longer and sportier, but still carry the hallmarks of their predecessors.