We know electric cars will be more common in the future. Two of the big hurdles have been range anxiety and charging. But, automakers continue to make progress on both fronts. 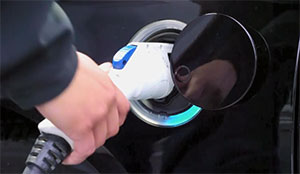 Electrify America is teaming up with a variety of partners to make charging EVs easier and more convienent. They’ve recently signed a deal with EVgo allowing drivers to charge their personal EVs on both networks using their existing accounts without additional fees. Electrify America announced a similar agreement with ChargePoint and is also working with Greenlots, SemaConnect and EVConnect. At the same time, Electrify America is collaborating with Ford to provide fast charging for their near future electric vehicles. We already know a Mustang-inspired SUV EV will arrive next year. And as these partnerships grow… so will the number of charging stations. Electrify America expects to have 800 charging stations installed or in the works by December 2021. Their plan calls for expanding to 45 states and the District of Columbia. 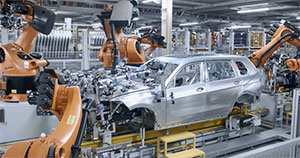 And as the number of places to charge increases… so is the commitment to the hardware to make electrified vehicles run. BMW has expanded its plant in Spartanburg, South Carolina. They’ve spent $10 million to install a new battery assembly line. BMW has been making batteries at the Spartanburg plant since 2015. This new assembly line will allow the German brand to more than double the number of batteries they produce. But it’s about more than additional space. The new fourth-generation batteries have a higher performance. They’re being assembled on-site for the BMW X5 and BMW X3 plug-in hybrid electric variants. The 2020 BMW X5 xDrive45e Sports Activity Vehicle is already in production. They’ll start making the BMW X3 xDrive30e in December.

So the wave of electrification of the auto industry continues to gain momentum. And that does it for this week’s Motor News.