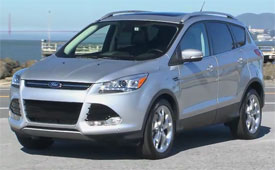 Things look a little blue for the Blue Oval, as Ford announced a fourth recall on their redesigned Escape citing possible fire hazards. For as much as the EcoBoost engine technology is praised for its fuel efficiency and performance, it and the 2013 Escape are seeing their share of woes.

This time around, Ford has issued a voluntary recall for all 2013 Ford Escapes, and Fusions equipped with the 1.6 liter EcoBoost engine prompted by reports of overheating and risk of fire. This, after three previous Escape recalls; two linked to the same EcoBoost engine. Ford estimates around 73,000 Escapes, and almost 16,000 Fusions are at risk, and urges owners to stop driving them and contact their dealer for a loaner car. 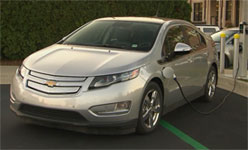 The Chevrolet Volt is no stranger to controversy, having suffered its own fire scare late last year… But that hasn’t stopped fans of the controversial plug-in from singing its praises. For the second year in a row the plug-in Chevrolet Volt was tops in Consumer Report’s annual Owner Satisfaction Survey. More respondents said that they would “definitely” buy a Volt again than any other car.

The combination of efficiency and ease of daily use scores high with current owners, who are finding the Volt delivers all, if not more, of what it promises. And, given the Volt’s current low lease rates, using federal tax incentives, it is likely that value has become a motivator for prospective buyers of this extended- range electric car as well. Whatever their reasons, owners of the Chevrolet Volt have generated quite a buzz for their beloved electric cruisers…