At the Geneva Motor Show Italdesign and Airbus wowed the crowds with their futuristic Pop.Up concept for traveling by ground and air, avoiding traffic jams. But commuting like the Jetsons is closer than we think. 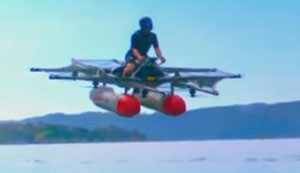 An American company by the name of Kitty Hawk has already flown an all-electric personal aircraft that looks like a big drone. At this point it’s only for use over fresh water, but they plan to have it ready for sale this year.

German company has built a prototype they call a Vertical Take-Off and Landing jet. This two-seater uses 36-electric jet engines and 12 moveable flaps, and can lift off and land in a very small space. They’re now developing a five-seat version for air taxi and ridesharing.

Uber is also pursuing VTOL solutions. Their plan includes autonomous aircraft and a network of take-off and landing pads. Uber says more than a-dozen companies are trying to make this a reality so there is a lot of competition.

Back on the ground, more people will soon experience their car doing the driving. 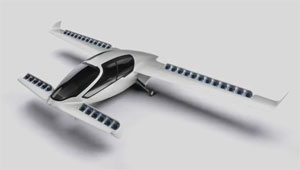 Waymo, Google’s Self-Driving Car Project, is looking for a few “early riders” to try out the technology on everyday commutes. They’re accepting applications from people in the Phoenix metropolitan area only. Waymo has ordered 500 more Chrysler Pacifica Hybrid minivans for the project.

Meanwhile, GM has released another video of their latest autonomous tests in San Francisco. The focus is on night driving, using some 50 Chevrolet Bolt EVs with their self-driving interface.

From autonomous driving to flying cars, our personal mobility is certainly changing. And that’s our wrap up for this week’s Motor News.