We’re all anxiously awaiting the 2021 Ford Bronco and now it looks like we’ll have to wait just a little bit longer. 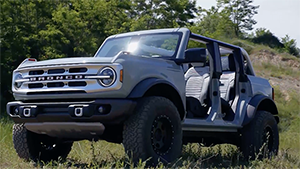 The Bronco was originally scheduled for a spring 2021 launch. But now the two and four door models won’t arrive until the summer because of Coronavirus-related supplier issues, reportedly with the removable roof panels. The Sasquatch version with the manual transmission will be launched even later.

Self-driving cars, with no safety driver behind the wheel, have hit the streets of San Francisco.

General Motors’ subsidiary Cruise started testing five vehicles in November and just released this video of the drive. There is still a person in the passenger seat, but they have no manual control of the vehicle. Cruise does have a team of people that remotely monitor the driverless cars, but wouldn’t say if they could take over the controls if something went wrong. 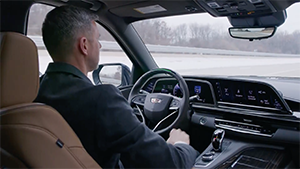 GMC Sierra buyers will soon be able to let their trucks do even more of the heavy lifting when it comes to towing.

The Sierra 1500 Denali will have the latest version of Super Cruise when it launches in late model year 2022 and will include the ability to tow while driving hands-free.  Pioneered by Cadillac, the Driver Assistance Technology uses a small camera at the top of the steering wheel to determine where the driver is looking when Super Cruise is being used. If the system detects the driver isn’t paying attention, it’ll prompt the driver to put their focus back on the road ahead. And GM isn’t the only automaker slowly starting to ease into autonomous driving with hands-free systems for the open roads.  Ford announcing its Active Driver Assist Technology will be coming to the 2021 F-150 and the all-electric Mustang Mach-E. 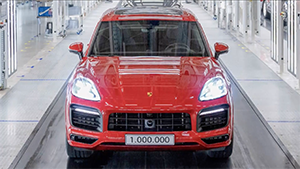 Porsche ventured into the SUV segment almost two decades ago and they just hit a major milestone with the Cayenne.

Porsche debuted the company’s first SUV in 2002 and it was quite controversial then, considering Porsche's lineup had only ever consisted of sports cars. But fast forward, and now, the one millionth Cayenne has rolled off the production line in Slovakia. The Cayenne GTS in Carmine Eed was delivered to a customer in Germany.

Not bad, considering it took the 911 more than half a century to hit the same milestone. And that does it for this week’s Motor News.