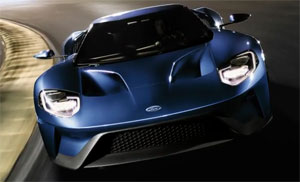 When Ford first showed its GT supercar at Detroit’s 2015 North American International Auto show, everyone knew it would be fast. Now we know it’s the fastest production Ford ever.

Ford claims the 647-horsepower twin turbo-V6 GT was also faster than a McLaren 675LT and Ferrari 458 during a race track test run.

The GT is already racing for real with its speed-- proving to be very competitive.

Meanwhile, production of streetable GTs began in December. Production is limited to 250 a year, with prices starting around $450,000. 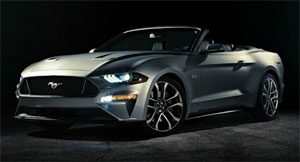 We’ve showed you the 20-18 Mustang Coupe from this year big auto show in Detroit. Now, Ford is out with photos of the companion Mustang Convertible.

Sharing the Coupe's more aggressive front end, the new convertible piggybacks on the Coupe’s updated turbo-4 and V8 engines, and a new 10-speed automatic. It arrives this fall starting around $35,000.

And, that’s the latest automotive wrap-up for this week’s Motor News.