“Things are looking up for the auto industry, and judging by all the eye candy at the 2015 Frankfurt Motor Show, there should be more good times on the way.” 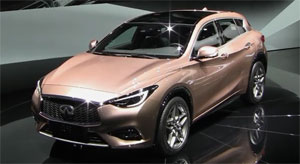 Any time you can steal some thunder from the Germans in their own backyard—it will earn you major props---and the much-anticipated Infiniti Q30 did just that. It’s not the first compact car from Infiniti, but it’s the first in quite a while---and the first to be released globally.

But, it was Jaguar that got the most buzz. Not just for their first crossover, the F-Pace, but for how they introduced the aluminum-bodied ute. Driving high around a 63 foot vertical loop to set a Guinness world record.

Not to be outdone, Bentley unleashed its long-awaited SUV, the Bentayga. 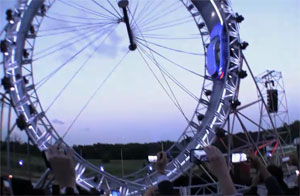 But, the sheer size of the German brands’ epic displays, left little doubt that this is their home turf with plenty to brag about.

Porsche confirmed that all future 911s will now be turbocharged. But, their big surprise was purely electric. This is the Mission E concept, a 600-horsepower EV sedan that could challenge the Tesla Model S.

Audi made production news with an all-new S4……and they hope to make this all-electric e-tron quattro crossover a reality soon.

Volkswagen will begin a 2nd generation of the Tiguan, when this MQB-based ute goes on sale here next year--in both two and three row forms. 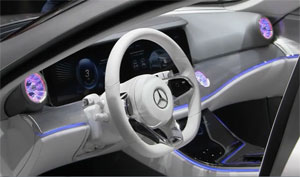 …but we’d rather tear up some racetrack asphalt in this C63 Coupe……and have a little money left over to get our drop-top driving kicks in this Smart ForTwo Cabriolet.

BMW had plenty to show on their own……a 330e plug-in hybrid……as well as an all-new take on their 7-series flagship sedan, and X1 small crossover… 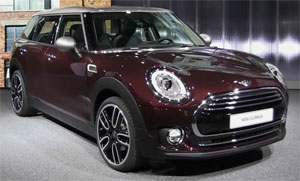 Mini made the biggest “little” news with their first 4-door compact, the new Clubman. One small oddity--it has clam shell cargo doors instead of a hatch.

There’s also a new Dawn on the horizon from Rolls-Royce… it’s a convertible version of the Wraith coupe.

And if you like the new face of Kia, you’ll be seeing a lot more of it, as it adorns an all-new Sportage arriving for 2017.

There were a lot of crossover debuts at Frankfurt, with Mazda even showing where their people-movers might be headed with the Koeru concept.

Nissan’s next cute-ute may not look exactly like this Gripz concept, but they made the point that they’re looking for performance of all kinds going forward.

The Toyota Prius is, of course, the most successful hybrid of all-time, and it will start a new generation next year.

High style and high performance-- with the added benefit of wind in your hair came from both Ferrari with the 488 Spider……and Lamborghini with their Huracan Spyder. 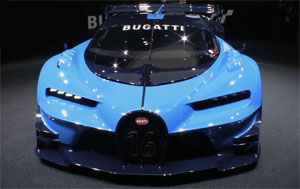 Detroit brands stayed pretty much in the shadows at Frankfurt, with only the Ford Focus RS and some mild concepts from Jeep.

“And that’s the complete wrap-up for Frankfurt, but the Auto Show season is just getting started. So, stay tuned for lots of new rides heading your way.”