The auto industry is feeling the political shift in Washington, as future fuel economy standards are getting a second look.

In January, the outgoing Obama administration confirmed CAFÉ…the fleetwide Corporate Average Fuel Economy requirement…at 54 1/2 mile per gallon for new vehicles in the 2025 model year. The Alliance of Automobile Manufacturers objected, saying the EPA rushed the process by not giving enough time for a promised mid-term re-evaluation. 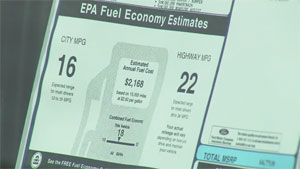 The new Trump administration has now re-opened that process and will allow till April 2018 for a review of 2022-2025 CAFÉ standards. However, the standards through the 2021 model year remain intact. And, California, along with 13 states that follow their lead, is sticking to the first EPA order.

So, while carmakers may get a break, they now will have to market a fleet for two different sets of buyers.

The Mayors of Los Angeles, San Francisco, Portland, and Seattle want to buy or lease 24,000 electric vehicles for city fleets. Besides reducing pollution, their want to also cut dependency on often imported fossil fuels. The hope by working together it to reduce the cost for a wider variety of EVs. 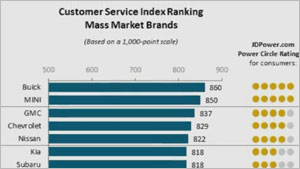 According to J.D.Power, the quality of automotive service to keep the car you already own in good shape is improving.

Their 2017 U.S. Customer Service Index Study finds that the quality of dealership car care continues to improve. Lexus ranked highest among luxury brands. While Buick scored the best among mass-market nameplates. But, the biggest driver in this improvement is not the actual repairs, but rather the service advisors, with frequent progress report texts and tweets delivering a real sweet spot.

And that’s the latest automotive headlines, for this week’s Motor News.