After months of speculation and hype, car buyers can now use the official EPA fuel economy labels to comparison shop the newest and most talked-about green machines, the Nissan Leaf and Chevrolet Volt. But the new labels are not without controversy, and may still leave some shoppers scratching their heads.

These new labels are the first attempt by the EPA to assign a gasoline miles-per-gallon equivalent rating. The Nissan Leaf, despite running on pure electric power, achieves a combined city/highway figure of 99 MPGe. This means the Leaf can covers 99 miles using the same amount of energy as contained in a gallon of gas. 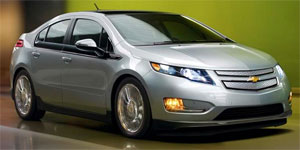 Things get more complicated for the Chevrolet Volt, which is officially classified as a dual-fuel gasoline/electric vehicle. The EPA label shows two sets of numbers: An electric-only 93 combined MPGe with a range of about 35 miles on fully charged batteries. If you never charge the battery and run in gas-engine mode only, then the Volt returns 37 miles per gallon with a range of 344 miles. The EPA's combined electric/gasoline rating for the Volt is 60 MPGe.

A better yardstick for most consumers is the annual cost of operation, but for the Volt that also depends on the charge cycles and miles driven. The EPA label does provide a chart to help explain this.

EPA labels are bound to evolve as more electric drive vehicles enter the mainstream market. But for now, these will help to level the playing field for green-minded car shoppers. And that's the latest for this week's MotorNews.