While a lot of attention is focused on protecting the driver and passengers in the front seats of new cars, there’s now rising concern about how those in the back fare in a crash. 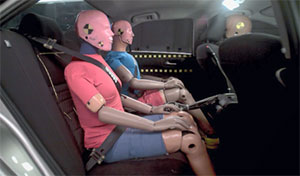 The Insurance Institute for Highway Safety looked at 117 frontal crashes where those in rear-seats were killed or seriously injured. The most common injury was to the chest from the force of the shoulder belt. The second most common injury came from rear seat passengers hitting their heads against the interior.

While the IIHS isn't recommending a specific solution for the back seat yet, they point out rear seats with frontal impact airbags, seat belts with tensioners and force limiters, and inflatable seat belts might, in combination, better protect people in the second row.

IIHS is using its data to develop a new front crash test, that will evaluate protected in the front and back seats. 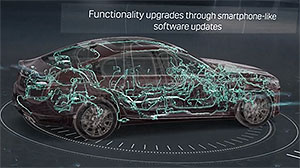 What we’re driving is rapidly becoming more sophisticated, and there’s a greater need for power behind the technology.

General Motors has announced their new Digital Vehicle Platform. They point out with vehicles becoming “smarter” they need more electrical bandwidth and connectivity so all the technology can run at the same time and work together. They say their new electronic platform will be able to process up to 4.5 terabytes of data per hour.  That’s five times what GM’s current electrical architecture can do. Like your smartphone, their system will have over-the-air software updates throughout the life of the vehicle.

This technology isn’t that far into the future. The new electronic platform will go into production later this year, and debut on the new 2020 Cadillac CT5 sedan. From there, the company plans to roll out the Digital Vehicle Platform on most vehicles within GM’s global lineup by 2023.

So for now, that does it for this week’s Motor News.