"With small SUV sales continuing to accelerate, the Insurance Institute for Highway Safety is hoping to shed some light on what buyers can expect when they take their new SUV out for its first nighttime spin." 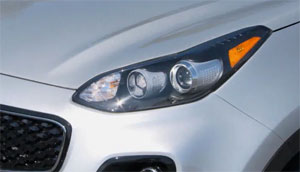 And the news, unfortunately, is not good. Out of the 21-models tested, with 47 different headlight combinations, only 4 small SUVs earned an acceptable rating.

A few of the rest were marginal; but the majority was rated poor by the IIHS.

So as a group, the small SUVs performed much worse than the midsize sedans that were tested earlier this year.

Also worth noting: vehicle price didn’t seem to be a factor, nor did any particular style of light; whether i be HID… LED… or Halogen. 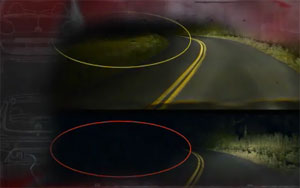 It mostly came down to the volume of light being broadcast, while driving both in a straight line as well as through tight and sweeping curves; and the amount of glare oncoming drivers have to encounter.

But, IIHS also noted that some of the low scores were due solely to poor headlight alinement at the factory. Still, test results suggest that when it comes to headlights, many manufacturers tend to favor style over functionality.

The Insurance Institute for Highway Safety brought this situation to light because approximately half of all traffic deaths occur either at night or in the dawn/dusk hours, where there’s limited light.

“Something to keep in mind if you’re in the market for a small SUV or any new vehicle. And that’s it for this week’s Motor News.”