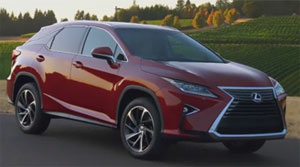 Quality always matters when you’re trying to decide which new car to buy. And, the results of a new survey show which brands are moving up the ranks…

The 2017 J.D. Power Vehicle Dependability Study has just been released…and for the sixth year in a row Lexus has held on to the top spot, but this year there’s a twist…Porsche also ties with Lexus as the two most dependable brands. Toyota moved up to third as the highest-ranking, non-premium brand. Hyundai jumped from 19th to 6th joining mass marketers Buick, Chevrolet, and Honda in the top ten.

Mercedes-Benz, BMW and Jaguar also ranked in the top tier. Researchers say technology-related problems continue to plague new cars. 22-percent of all the problems reported centered on the info-tainment systems in cars. That’s slightly higher than last year. The survey covers 3 years of ownership on over 35-thousand “2014” model-year vehicles.

Mercedes-Benz is re-thinking the possibility of entering the U.S. pickup truck market. 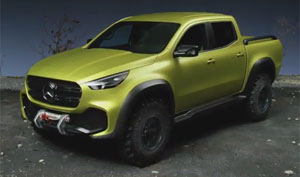 There’s been some talk that Mercedes, after first saying its new X-Class mid-size truck was too small for America, now wants to tap into our seemingly insatiable appetite for personal pickups. And, it might even be made here in the U.S.

When the X-class launches late this year, it will only be offered in Europe, South Africa, Australia and Latin America. With luxury-laden domestic pickups already fetching $70,000 and more, there certainly seems to be a market here for the X-Class.

Dodge is showing yet more proof that high-output V8s are not dead yet.

The street-legal, but drag-strip ready, HEMI powered 2018 Dodge Challenger SRT Demon will be unveiled at the upcoming New York International Auto Show. Dodge has been releasing “video teasers” on social medial for more than a month.  Still, we’ll have to wait until April to get all the high horsepower details.

And that’s the latest automotive update for this week’s Motor News.