Technology and cars came together in Los Angeles for AutoMobility LA. Both industries revealed what’s new…. before the doors opened for the 2016 Los Angeles Auto Show. 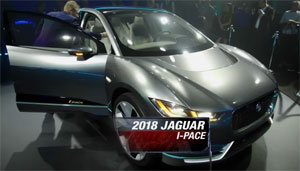 Jaguar unveiled their first electric vehicle…the I-PACE.  This sleek SUV-ish 5 door will have two electric motors producing a total of 400 horsepower with a targeted range of 220 miles.  Expect the concept in 2018.

Jaguar is also recreating the iconic XKSS. They’ve already sold the 9 that will be hand-made to replace those destroyed in a fire in 1957.

The all-new Land Rover Discovery also crossed the pond. We tried out the tow assist technology.

And dirt trails inspired the accents on the 2017 Chevrolet Spark ACTIV. 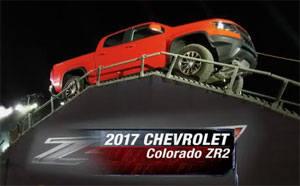 The 2018 Alfa Romeo Stelvio mid-size utility rolled onto the world stage for the first time.

The redesigned Mazda CX-5 will finally get diesel power.

Subaru continued the SUV theme with what they say will be the biggest vehicle they’ve ever built: the VIZIV-7.

Another first for the worldwide audience is the 2017 Jeep Compass. It replaces both the previous Compass and Patriot. It will have 17-powertrain options.

Versatility also comes in small packages from Ford, with the North American reveal of the EcoSport. 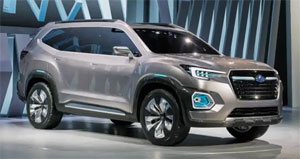 Mercedes Benz brought a lot to LA. Naturally the Maybach S650 caught our attention, especially now that there’s a cabriolet… but only for 300 drivers.

And with all the attention to packing in more people. Honda is packing more power into the Civic Si.

And that’s the latest automotive update from the City of Angels for this week’s Motor News.