There’s a surge of electric vehicles coming to the auto industry. Some brands are embracing EV’s faster than others. Ford is one of those making a bigger commitment to going electric. 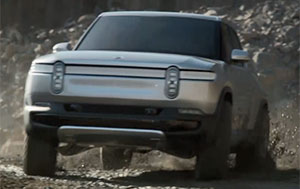 Their latest move… the blue oval company is investing $500 million in Rivian. They’ll help develop a next-generation battery electric vehicle for Ford. It will be based on Rivian’s skateboard platform currently designed for their own SUV and pick-up.

That’s in tune with Ford’s strategy of moving away from cars and toward more utilities and trucks.

Rivian plans to launch their own five-passenger pick-up truck the R1T, and a seven-passenger SUV bearing the name R1S next year. The company says these EVs will combine performance, off-road capability and utility with up to 400-plus miles of range.

The new Rivian based Ford EV is just part of Ford’s plans. The company has already announced an $11 billion investment to develop a portfolio of battery electric vehicles. We do know two of Ford’s fully electric vehicles will be a Mustang-inspired crossover due in 2020, and a zero-emissions version of the F-150. 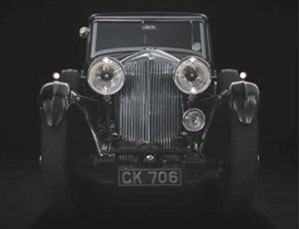 Hitting the century mark is quite an accomplishment no matter what you’re talking about. It’s especially noteworthy in the competitive car business.

2019 marks 100 years of rolling British elegance in the form of a Bentley. In 1919, Walter Owen Bentley started building his revered cars. The oldest remaining is the EXP 2… the company’s first racing model.

The 1930 8 Litre was the last car Bentley personally designed. In honor of the centennial,  Bentley will produce 100 of The Mulsanne W.O. Edition by Mulliner. Each will feature a slice of Bentley’s own 8 Litre crankshaft set into the armrest. Events marking the Bentley Centennial are scheduled throughout the year.

So that’s it for this week’s Motor News.