An all-electric future is fast approaching, with major commitments from top manufacturers. 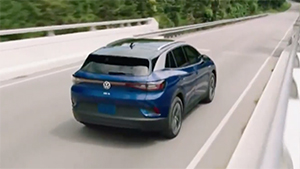 Just look at General Motors, who has pledged to go all-electric on light duty vehicles by 2035.  Volkswagen, making the move to provide hybrid or electric versions of every one of its models by 2030. Ford just announced it’s doubling its EV investment and will be all electric in Europe by 2030. And Volvo's chief technology officer saying, “there is no long-term future for cars with an internal combustion engine” and the company plans to become fully electric by 2030. They also plan to move their EV sales online.

But even though automakers across the board are going all in on electric, are consumers ready? 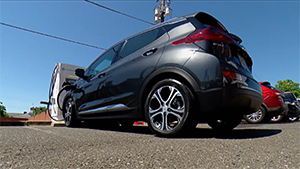 Almost 60 percent of new vehicle shoppers are on the fence about whether they would consider a battery electric vehicle for their next purchase or lease, according to JD Power’s US Electric Vehicle Consideration study. JD Power says this indecisiveness could be an opportunity for automakers to sell potential buyers on the idea of an EV. The study also found that eliminating gas expenses actually outweighs range anxiety. New-vehicle shoppers who take 10 or more road trips a year are more likely to strongly consider a battery electric vehicle than those who don’t take road trips. And people who commute for more than an hour a day are more likely to consider an EV than those who don’t have a commute.

Hyundai and Ford came out on top of this year’s North American Car, Truck and Utility awards. 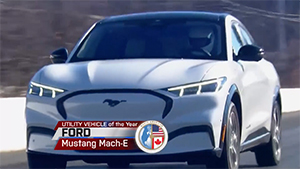