The 2014 Mazda6 has received near universal praise, thanks to the brand’s expressive KODO Soul of Motion design theme. And next in line to get this visual overhaul is Mazda’s biggest seller: the Mazda3. 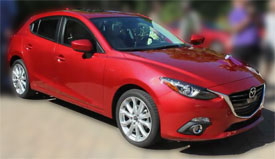 The all-new vehicle recently made its worldwide debut-Marking the 10th year and third generation of the brand’s successful compact 4-door sedan and 5-door hatchback.

American buyers will have two SKYACTIV engine choices: a carry over 2.0-liter inline 4, or a new 2.5 liter I-4- also found in the new Mazda6. And stay tuned to MotorWeek in the coming weeks for more details on the surprising Mazda3.

On the heels of its 60th anniversary, the Chevrolet Corvette certainly has a lot to celebrate in 2013. 1953 marked the first year of Corvette production. It was a limited run-- designed to test the sales potential of an American made sports car. And the auto world hasn’t been the same since. 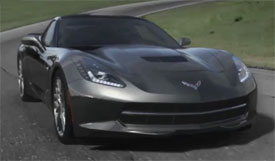 Now, the all-new, 7th generation 2014 Chevrolet Corvette Stingray is making waves of its own. Not only for its dynamic styling and raw power, but for its efficiency as well.

On top of an official 0-60 time of a scant 3.8 seconds comes word of a government fuel economy Highway rating of 29 miles-per-gallon, when equipped with the standard 7-speed manual. The improved Highway rating is a result of new powertrain technologies for a ‘Vette, including an Eco-mode with cylinder deactivation, as well as lightweight materials and super slick aerodynamics. Even the much maligned skip-shift feature; which forces a direct 1st to 4th gear shift during light acceleration, helps make the new Corvette a classic sports car built for a modern age.

The Stingray will be out this fall, and you can be sure MotorWeek will bring you the full scoop on that ride.