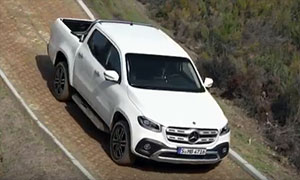 At a time when there seems to be an insatiable appetite for truck and SUV’s in the U.S., Mercedes has its eye on the global demand for vehicles that move more than just people.

The company says it will build the X-Class mid-size pick-up truck. We first saw the concept in Sweden last year. Mercedes is working with the renown Nissan alliance to produce the premium truck.

The X-Class is about the same size as it’s mid-size competitors, but it stands out from the crowd with a 1.1 ton payload. The X-Class will get its strength from one of four engines. Three diesels, one gas.

Mercedes says mid-size picks ups are common in the southern hemisphere. They expect global demand in this segment to grow by 43% during the next 10 years.

The 2018 Mercedes-Benz X-Class goes on sale in Europe in November. Sales in South Africa, Australia and South America will soon follow. The price starts around $43,000.

As for the U.S., Mercedes says there are no plans to bring the X-Class to our streets. 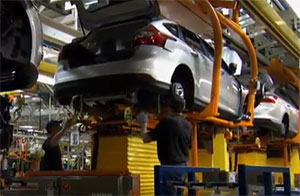 Ford’s plans for the mid-size truck market includes shifting their focus to east Asia. The blue oval company says the next generation Focus will primarily be made in China. They already produce a version of the compact car there for that market.

The north American focus is made at Ford’s Michigan assembly plant. There were plans to move production to Mexico. But those plans have been abandoned.

Ford says making the Focus in China will save one billion dollars. The Michigan assembly plant will be converted to produce the Ranger mid-size pick up truck late next year, and the Bronco mid-size SUV in 2020.