A major milestone for the world’s most popular electric car model! 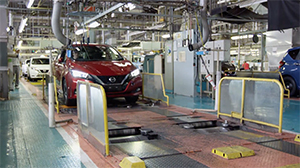 The 500,000th Nissan Leaf just rolled off the production line at the automaker’s plant in Sunderland, England. It's hard to believe but it’s been almost ten years since the all-electric Leaf debuted and we first reviewed it. That 500,000th leaf was delivered to a buyer in Norway.

In other EV news, General Motors will use a wireless battery management system in its upcoming electric vehicles.

GM says this will allow a common set of battery components to power a wider range of EV’s. It's also expected to drive GM’s Ultium powered EV's to market faster, since there won’t be a need to develop specific communications systems or redesign complex wiring schemes for each new vehicle. By reducing wires within the batteries, the system can help extend charging range by creating lighter vehicles overall and opening up extra room for more batteries.

The system will be standard on all of GM’s Ultium battery powered vehicles, including the GMC Hummer Pickup. 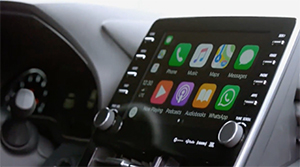 GM also plans to develop another electric pickup with a new partner. Under the deal with startup electric truck maker Nikola, GM will engineer and assemble Nikola's first vehicle. GM will build the Nikola Badger, an electric and fuel cell pickup, using GM’s Ultium batteries. Production is planned for late 2022.

Vehicle infotainment systems continue to cause headaches for driver’s, according to one new study.

The J.D. Power 2020 U.S. Multimedia Quality and Satisfaction Study found that the top 10 problems with vehicle multimedia systems are design related. While software updates can keep systems relevant and problem free, the study found that over-the-air updates can actually create more problems and be a big source of dissatisfaction.