“The OBDII port is a handy way to diagnose car trouble. Through it, mechanics can gather data and send commands back into the vehicle’s system. On board diagnostics has become an integral part of the modern automobile since 1996-when it was mandated by federal law.” 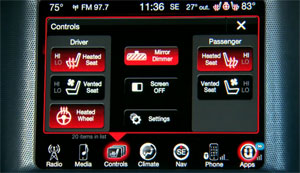 But with more electronics, control of everything from windshield wipers to braking and acceleration has become far more of a digital process. And, as recently highlighted in the news, is vulnerable to exploitation.

Most of the current conversation centers on the push towards wireless connectivity. Hackers are finding it easy to access a vehicle’s inner workings through the infotainment software, which will often have an open Bluetooth or Wi-Fi connection. 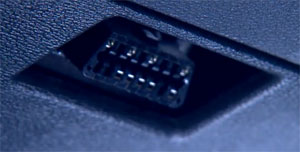 But a far more basic, and frankly easier, method is through the OBDII port.

Wired Magazine recently reported that University of California at San Diego researchers found a way to remotely control various functions in a late model Corvette through a small device that plugs into the OBD II port.

Such devices, known as dongles, provide real time feedback on fuel efficiency, average speed, and other driver behavior. They’re typically used by insurance companies or commercial fleets…And are often synced to a smartphone for ease of use. But, like the infotainment systems, these devices may provide a backdoor into the vehicle’s core components…allowing those who wish to do harm--- easier access.

“Today’s vehicles certainly are smarter, but so are the people who know how to exploit them. And while that may be troubling to hear--rest assured the people who discover these flaws can also help better protect us all in the future…and that’s it for this week’s MotorNews.”