Amid fine French cuisine, and impeccably dressed show-goers, there was plenty to admire at the 2014 Paris Motor Show, set this year at the Paris Expo at Porte de Versailles. 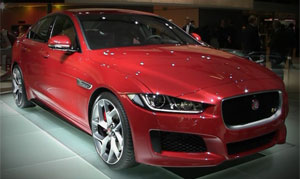 Easily the most anticipated public debut was for Jaguar XE sport luxury compact sedan. Facing a host of serious four-door rivals, the all-aluminum XE, with 4 and 6 cylinder power, looks like one fine feline. We can’t wait to drive it.

Brand mate Land Rover showed the production Discovery Sport. Based on their Vision Concept from New York, this 3-row compact SUV grabs power from a turbo 4 and 9 speed automatic combo. 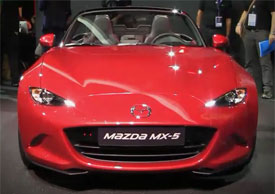 The public also got its first look at the all new Mazda MX-5 Miata sports car. Progressively styled, with a standard 2.0 liter SkyActiv four and 6 speed manual. Official trap times will come later.

Audi had a drop-top of its own, the 2016 TT, and high performance TTS Roadsters. These two seaters should appease those looking for an open air adventure wrapped in Audi sport luxury. They also pulled the wraps off this TT Sportback Concept, a longer and wider 4 door based on the coupe.

Germany’s BMW also had plenty to share: a convertible variant of the 2 Series we’ve come to love… and the next generation of the quirky X6.

Concepts are always in full force at Paris. First, this C-HR Concept from Toyota, hinting at a small crossover in the near future…

…and dreaming a little bigger, this Q80 Inspiration Concept from Infiniti hints at forthcoming design cues, plus a twin turbo V6 hybrid drivetrain.

Lamborghini looks to test the waters of hybrid supercar performance with the Asterion, a plug-in hybrid beast with 910 horsepower.

Volkswagen followed up their bizarre XL1 diesel hybrid with the XL Sport, a more speed oriented re-imagining, powered by a Ducati V-Twin. 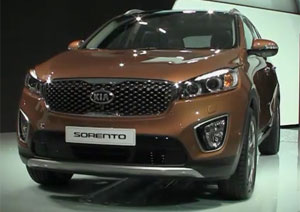 Back to reality, we caught up-close glimpses of the next Kia Sorento…the Volvo XC90… and the MINI Cooper Hardtop 4 Door. All are poised to be serious moneymakers for their brands.

Fiat flexed its utility muscle with the 500X, sharing underpinnings with the Jeep Renegade…

Other sightings included this beefed up Ferrari 458 Speciale A…

…and a pair of bruisers debuting under the Mercedes-AMG brand… 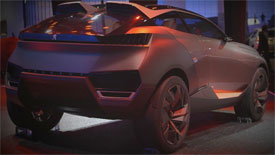 But, being Paris, there’s always plenty of mobile eccentricity, like this these over-the-top concepts from Peugeot.

A proper way for us to say “au revoir” till 2016, and the next Paris Motor Show.