Pick-Up trucks offer a big ride… but some protect their passengers better than others.

The Insurance Institute for Highway Safety tested 11 small and large pick-ups in the passenger-side small overlap front test at 40 mph. This simulates when the front corner of the truck hits another vehicle or a stationary object like a tree or utility pole. 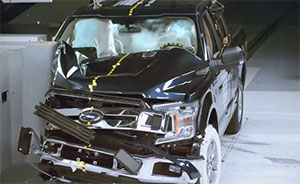 But the institute’s Top Safety Pick award goes to the Honda Ridgeline. While it only earned "acceptable" passenger-side crash test ratings… it stood out for "good" headlight ratings and "superior"-rated front crash prevention.

Researchers point out most pick-ups earn a good rating in the driver-side test.

The IIHS is also keeping an eye on the people “outside” of vehicles.

Eleven small utilities were ranked on their ability to automatically avoid or reduce the severity of a crash with pedestrian dummies. 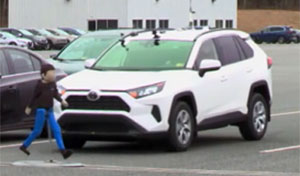 The popularity of utilities is putting pressure on sedans… and it’s taken a final toll on one of the best known nameplates in the industry.

The last Ford Taurus has rolled off the assembly line in Chicago. When it was first introduced in 1985 it represented a shift from boxy sedan styling. Ford discontinued the car in 2006, but the Taurus name returned in 2008 on the transformed Ford 500. Ford made more than 8-million cars with the Taurus name. The new Ford Explorer and Lincoln Aviator will be assembled at that plant.