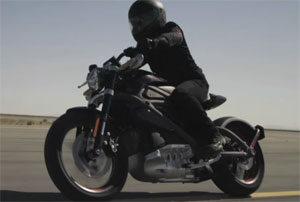 Well John, as you know MotorWeek has driven our fair share of electric vehicles, but most have been cars and small crossovers. Well now the “American icon of motorcycles” is tossing their hat in the ring.

Details are scarce on the concept bike, so there are mostly rumors on the motor’s size, capacity, output and riding range. But Harley-Davidson is currently hosting a cross-country public tour of the bike- to gauge consumer interest. If enough folks are charged up, it could mean a more mainstream future for electric power in the two-wheelin’ world. 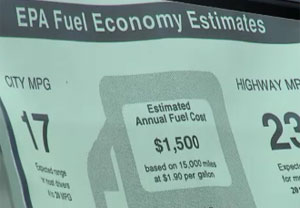 As-advertised” fuel economy numbers for new cars and trucks are a major selling point for buyers. But many say they are too good to be true. And now, the EPA agrees.

In fact, the Environmental Protection Agency is looking to amend their own laboratory testing procedures to add “real world” driving into the equation. It will be performed on actual roads-with exposure to everyday elements like wind and road friction. The numbers that appear on a new car’s window sticker now come from dynamometer testing in scientifically-controlled conditions.

Automakers do most of the actual testing to EPA specs. The new proposal is designed to make sure test drivers aren’t so good that their results can’t be duplicated by real owners.