For decades, car designers have shown concept cars where small cameras replaced side rearview mirrors...but now there’s a new way to take a look behind you... 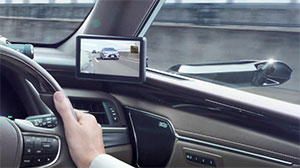 YOLANDA VAZQUEZ: The production version of the new Lexus ES will feature Digital Side-View Monitors instead of traditional side view mirrors, when it launches in Japan next month. The 5-inch display screens show what the cameras see outside.

Beyond the super-cool factor, Lexus says the cameras provide a better look around the car, and since they’re slimmer than mirrors… they don’t obstruct the forward view as much, and reduce wind noise. Tesla has pretty much had a monopoly on the “luxury” electric vehicle market… but European rivals are coming on strong.

And, Mercedes-Benz marked a milestone recently revealing the EQC SUV. It’s their first model under the new EQ brand. Electric motors on each axle generate 402-horsepower with an estimated 279-mile range. Sales begin globally in mid-2019, and in the US in 2020. 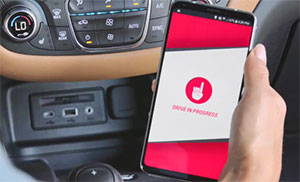 The Audi e-tron is the four-ring brand's first all-electric SUV.

Arriving in showrooms early next year, the e-tron will be the first of three battery-electric vehicles Audi plans to debut by 2020.

And, BMW recently unveiled its very “normal-looking” iX3 EV utility. Built in China next year, it has a range of 250 miles between charges.

YOLANDA VAZQUEZ: The dangers of distracted driving have long been documented… but now “there’s an app for that.”

Chevrolet has announced the “Call Me Out” smartphone app. Friends and family record messages, and then the messages automatically play when the phone's accelerometer detects it’s been picked up while traveling at speeds above 5 mph.

Good news--the App is free…but only on Android devices---for now anyway.  And that’s it for this week’s Motor News.