The car buying process may get a bad wrap, but some brands do it better than others. And, it usually comes down to their dealers. 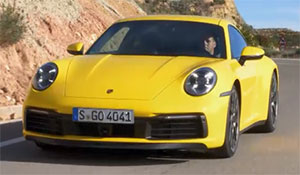 J.D. Power has released their annual U.S. Sales Satisfaction Index Study.  And for the second year in a row, and for four out of the last five years, folks buying Porsches are the most satisfied with the sales process among premium brands. Mercedes-Benz also scored well in doing deals, followed by Infiniti.

Among mass market brands, Buick ranked highest for how happy customers were with the buying process… followed by GMC and MINI. Buick has earned the top spot three times in four years.

Researchers asked more than 28-thousand new vehicle buyers about their purchase and lease experiences. The study looked at the usual factors… like dealership personnel and the delivery process. But they found how effectively dealerships use technology also contributes to high customer satisfaction.

Showing electric vehicle concepts is one thing… building the plants to make them is another. 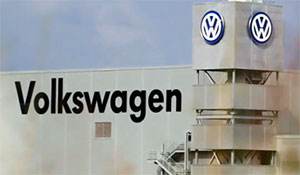 Volkswagen has confirmed it will build EVs at their Tennessee plant. The Chattanooga site will be VW's North-American hub for EV manufacturing beginning in 2022… including the all-electric ID. CROZZ compact utility.

VW will continue building internal combustion engine vehicles in Tennessee for the foreseeable future. The company is also adding an on-site plant to assemble battery packs for the EVs.

This follows our story a few weeks ago about BMW’s plans to more than double the number of batteries they can produce at their Spartanburg, South Carolina plant.

So, even if the general public isn’t yet convinced, more and more brands are expanding their commitments to electrify America’s roads. And that’s it for this week’s Motor News.