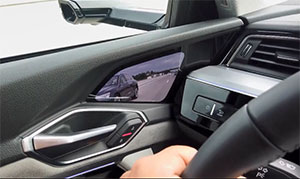 With more and more cameras watching how we drive…  there soon could be another set of electronic eyes helping us drive smarter.

The idea has popped up on auto show concepts cars for decades. Replacing traditional outside side rear-view mirrors with video cameras. Already allowed in some countries, but not the U.S., the images would be displayed on monitors inside the car. The National Highway Traffic Safety Administration is now collecting public comments on the technology. They’re also trying to gauge how well people adapt to cameras on both a closed track, as well as on the open road.

NHTSA compared the video images to traditional mirrors last year. They found the interior monitors comparable to exterior reflections, with the images on the monitors brighter at dawn and dusk. However, they also discovered rain droplets and headlights from other traffic could make it difficult to see behind. The public can comment through October 28th. 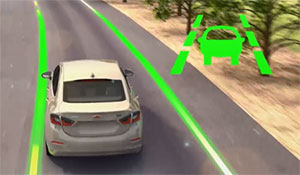 Safety has become very sophisticated, and not everyone who buys the electronic help is happy with it. J.D. Power’s fourth annual U.S. Tech Experience Index Study found that on average 23% of customers with lane-keeping and centering assist systems say the alerts are annoying. 61% of those drivers say they sometimes turn them off. Researchers say some brands do better than others when it comes to safety tech that’s not overbearing. The Kia Stinger performed the best overall…. Standing out for a second year, in a row along with the Ford Expedition and Hyundai Kona. And that does it for this week’s Motor News.