New car technologies are constantly evolving. Advances come so quickly that it’s hard for these major breakthroughs to grab headlines…and that includes progress towards an autonomous car. 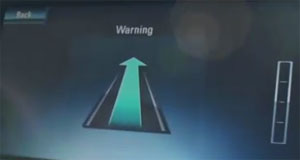 For self-driving cars to become more commonplace, Vehicle to Vehicle, and ultimately Vehicle to Pedestrian communication, will be required. General Motors now says that V to V communications will be standard on the 2017 Cadillac CTS, an industry first. The system will use GPS, cameras, radar, sonar, and cellular technologies to send and receive information to and from other vehicles. Cell phones may also alert the car about pedestrians as well.

Ultimately V to V could help avoid accidents in a number of ways: by issuing visual or audio warnings, by steering the car away from hazards, or by stopping it completely. This technology, combined with already existing “smart” systems like adaptive cruise control and lane keeping assist, will build towards a new level of automated driving. 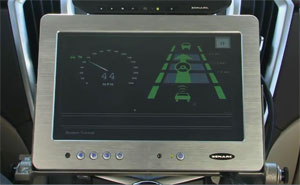 GM has also announced that another 2017 Cadillac will also have some limited, self-driving capabilities. That car, expected to be their new flagship sedan, will offer Super Cruise: a hands-off, fully automated system that will steer, brake, and accelerate the car during congested traffic. It also has the capability to do this during highway cruising-at speeds up to 70 miles per hour.

Audi has also mentioned that they will offer a similar system around the same time as GM. And that’ll do it for this week’s Motor News.